RESTORE™ CBT for Insomnia and sleep

These programs have been evaluated in randomized, controlled trials and published in leading peer-reviewed journals. 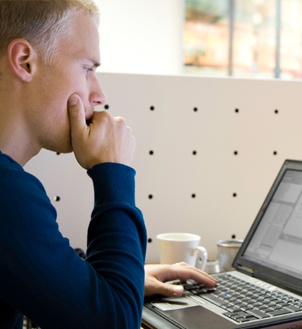 RESTORE™ CBT for Insomnia and sleep problems, developed by Dr. Norah Vincent, received international attention when the data from its randomized, controlled trial was published in the Journal SLEEP in 2009. It was reported on in The New York Times, Time Magazine, US News, AOLHealth, and MSN. (The paper, by Dr. Vincent, was published in June 2009 and titled: “Logging on for Better Sleep: RCT of the Effectiveness of Online Treatment for Insomnia”).

Cobalt is the sole provider of this program which showed:

The Canadian study tested a five-week program that also emphasized sleep restriction, controlling negative thoughts and avoiding stimuli like light and noise in the bedroom. It also included readings, and audio and video clips to teach and reinforce its messages.

Led by Norah Vincent, a psychologist at the University of Manitoba, the study included 118 adults who were randomly assigned to complete the program or remain on a waiting list.

“I liked that it was over the Internet,” said one participant, Kelly Lawrence, 51, of Winnipeg, “because when you don’t get your sleep you don’t want to have to get up and go to appointments. You don’t want to be out there on the roads.”

The online format made it easier to work around child care and other responsibilities, and to “pause the program and go back to something any time I needed to”, she added.

Getting a decent night’s sleep shouldn’t be such a crapshoot. But for the estimated 30% of American adults who suffer from at least occasional insomnia,
nightfall is no guarantee of slumber.

To combat wakefulness, Americans filled more than 50 million prescriptions in 2008 for sleeping pills like Ambien and spent more than $600 million on over-the-counter sleep-inducing supplements such as melatonin and valerian root. Others seek medical treatment or psychological therapy to get to sleep, while the rest of us accept our nocturnal tossing and turning as just another of life’s unavoidable nuisances and gulp an extra cup of coffee the next morning to compensate.

But despite our best efforts, about 10% of Americans still suffer from persistent insomnia (defined as difficulty initiating or maintaining sleep) – namely, falling asleep or being functionally impaired by sleepiness during the day – and researchers continue to search for its causes and cure. Now a new study in the journal Sleep suggests a surprising treatment for the sleepless: the Internet. Web-based treatments have emerged for all kinds of bad habits and disorders, such as overeating, smoking, depression – and insomnia.

And there’s growing evidence that online therapy really works: in the new Sleep study, 81% of participants who completed a five-week, online program for insomnia reported improvement in sleep.

“There may be some unique things that you get from an Internet program, like the feeling that you are really in the driver’s seat,” says the study’s author, clinical psychologist Norah Vincent, who adds that many of the 40 participants who completed her multimedia program reported both better sleep quality and less daytime fatigue than did a control group. “People like to have autonomy in solving problems. I think it motivates them more,” she says.

Based on cognitive-behavioral-therapy techniques, Vincent’s virtual therapy combines videos, text and audio clips to teach the sleepless everything about good sleep hygiene, from how to relax the body before getting into bed to how not to stress out when you fail to doze off right away. (One of the worst things you can do when you can’t fall asleep is lie there and dwell on the consequences of not getting enough sleep.) Participants in her study were asked to keep digital sleep diaries and practice the techniques that were demonstrated onscreen. They were also allowed to download audio clips of a sleep therapist and an actor in a staged one-on-one session and listen to them on their iPods.